Tuesday 13 March was the College Sport Wellington Pairs and Singles Bowls Championships held at the Johnsonville Bowls Club. We sent 9 players. 3 Boys pairs teams, 1 Girls Pair and had an entry in the boys singles for a long time.

The Bowls team represented the College fantastically throughout the day. This started from all turning up early and helping to set up the two greens.
Here is just a rundown of the day
Boys Pairs
Dominico Kelekolio & Liam Gailbraith-Smith (Champions)
Played consistently the whole day. They won 6 from 6 games and generally blew teams way with quality draw bowls. The final game of the day was against another team (Onslow) who was unbeaten. The boys found themselves 4-1 with time running out with some unlucky results from good bowls. (they had held the shot on 3 of the first 4 end and touched the kitty and moved it to the other team). They stayed calm and with time up and 4-4 on the board managed to draw 2 to win 6-4.
This was Liam’s first title for the college and Dom’s 4th. He successfully defended his title from last year.
Jonny Cottle & Santana Matiaha
After a successful junior title, last year decided to pair up for the open event. Played well winning 4 of 6 games. Played some great bowls throughout the day. Had to play a current Bowl Wellington senior men’s representative. Finished 4th.
Sam Morgan and Josh Robinson
An inexperienced team with little bowls experience. These guys managed to get 3 wins from 6 games which is a great effort.
Girls Pairs
Georgia Rainey and Victoria Bain (Champions)
Had a tough start to the day drawn against their Nemesis team from Marsden Whitby. Both these girls from Whitby play for Clubs but the girls managed to grab the win and continued strongly throughout the rest of the tournament. They won 5 and drew 1.  The girls successfully defended their title from last year!
Boys Singles
Andrew Morgan (Runner Up)
Andrew Morgan decided to give the singles a crack this year. A tough format as you have nowhere to hide. He played great throughout the day and from 5 games managed 3 wins a draw and a loss. This made him runner-up and finishing only 1 point behind the winner.
Another great day representing Newlands College. 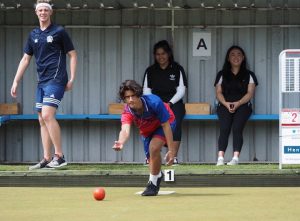 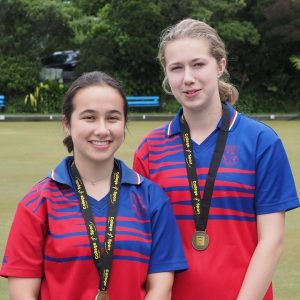 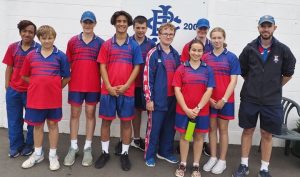 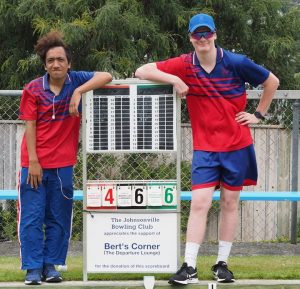