Congratulations to Lauren Smith (Y12) who was part of the Wellington U17 Netball team that won Nationals for the third year in a row against Auckland last week 40-29 (Auckland have been the opponents each time). This is the second year in a row that Lauren has  been part of the team. Click here for the report from Netball NZ. 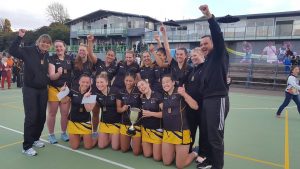